Sometimes it’s important to know how a program will behave when increasing the input size. Analyzing the running time of an algorithm is very important for problems with big data.

Let’s suppose we have to search for an element n in a list L. We can analyze three scenarios of finding n in L:

For analyzing algorithms, we will use Big O notation. Big O notation focus on the worst-case scenario, that provides an upper bound on the running time, that means it bounds a function only from above.

The search(n, L) function grows linearly so the complexity is in O(n).

What is Big O notation

Asymptotic notation is used as a way to visualize a relationship between the running time of an algorithm an the size of input. The question its come to answer is “how my program will behave when the input size is duplicated? triplicated?” and so on.

Big O notation is an asymptotic notation that will describe the complexity of an algorithm as the size of its inputs approaches infinity. It is a member of a family of notations collectively called Bachmann-Landau notation.

The main rules in describing the asymptotic complexity of an algorithm are:

For the following function

assuming that each line of code takes one unit of time to execute, the running time of this function is (10 + n + 2n²). The big O notation is in O(n²), because to asymptotic analysis, only the predominant term matters, because always n < n² and 100 < n² and the constant 2 is dropped off.

More at the top, better is the algorithmic complexity. Check the following graphic to see how each one of this functions behave as the input size grows. 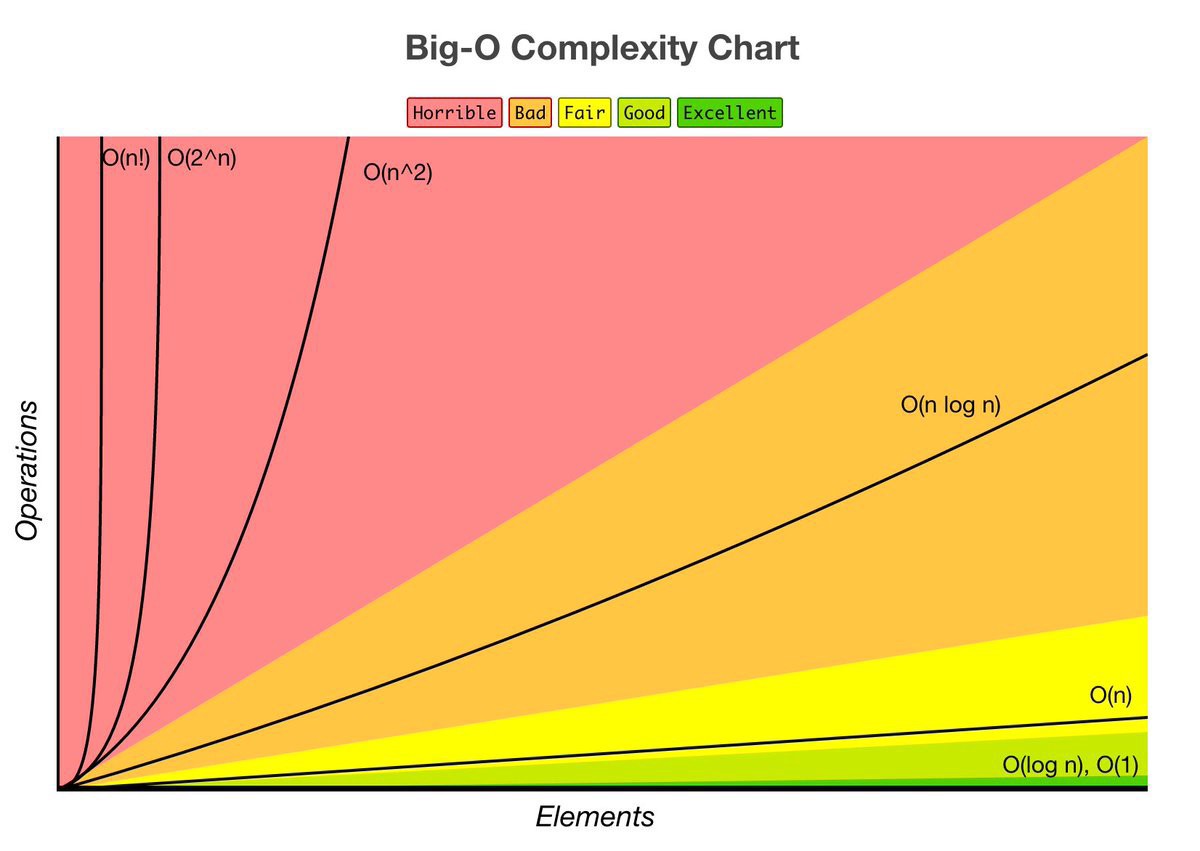 This post was based on the amazing lectures of Professor Eric Grimsom, that I highly recommend:

And in the (also amazing) book: